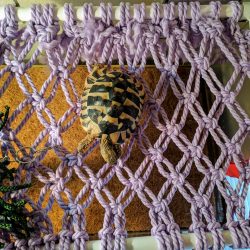 Running out of cork boards Rover’s had a second story in his terrarium since last summer.  He was growing rapidly and my flatmate was getting rid of some cork boards that happened to be approximately the same in one dimension as the terrarium.  The idea seemed obvious at the time.  The second story is around Read more about Second floor[…] 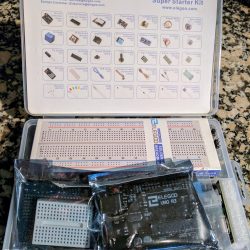 I have a dream that one day Rover will be able to let me know what he wants. He’s not much into verbal communication, so currently he just clamors for service by pushing against the terrarium glass in my direction.  I can never be sure what he’s requesting.  A back rub usually calms him down, Read more about Ringing for service: step 1[…] 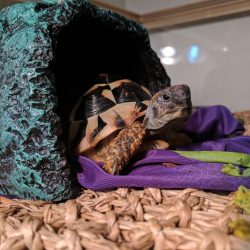 Today Rover did something I’ve been waiting to see: he scratched his shell by wiggling his bum against a hard surface! I might have accidentally delayed this development by training him that booping my nose through the terrarium glass gets him back rubs.  Usually when he’s desperate for back rubs he pushes against the glass in Read more about Intentional environmental interactions[…] 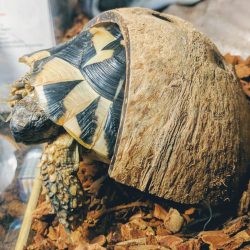 Rover’s a huge fan of cozy spaces. When I first got this cave, he wouldn’t stick around in it for any length of time.  At some point he decided he was big enough that it juuuust qualified as a valid sleeping space. But it’s still preferable to squeeze into an old shoe. Even when he’s not Read more about Cozy spaces[…]