When I first got this cave, he wouldn’t stick around in it for any length of time.  At some point he decided he was big enough that it juuuust qualified as a valid sleeping space. 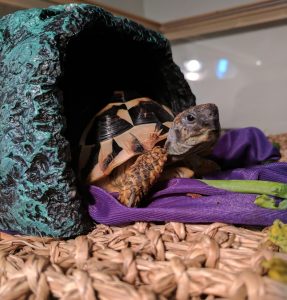 Just rose from his afternoon nap in the cave

But it’s still preferable to squeeze into an old shoe. 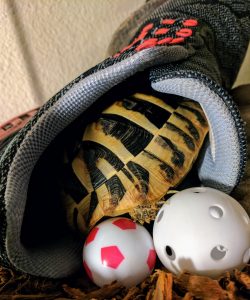 Rover frequently spends the night in my old sneaker

Even when he’s not sleepy, he seeks cozy spaces. 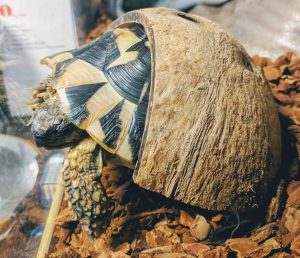 Rover’s so keen on finding a cozy space that he got stuck in the coconut shell!

So I’m always keeping an eye out for packaging and other reusable materials that might fit the bill. 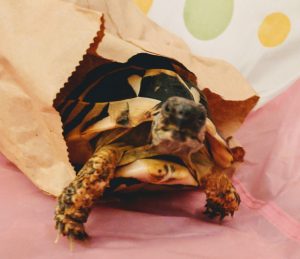 Mammals aren’t the only ones who enjoy a sack 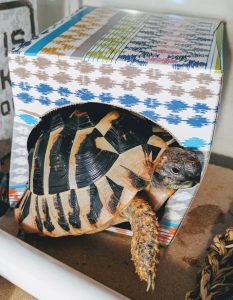 Rover had a great time in this tissue box until he tried to leave. I have since widened the opening.

And occasionally I construct cozy spaces for him.  He’ll outgrow this one eventually, but hopefully that won’t happen too soon. 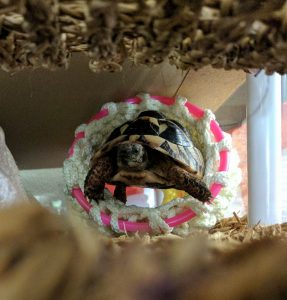